Hey guys! I am officially starting my adventure in Pirate101 now, :D, Excited, I can tell it's going to be great just like W101! Brave Blaze Silver (BBS) Be my name and I am a Buccaneer! With a blue Pirate Duck flag signal on my ship! 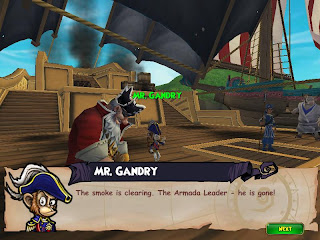 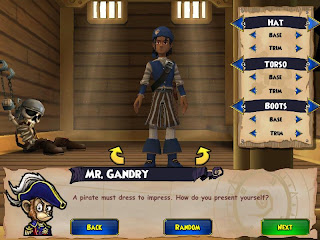 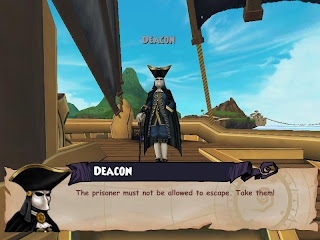 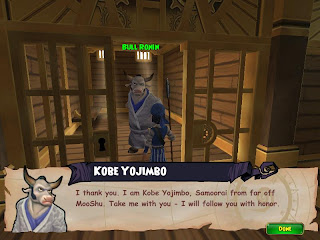 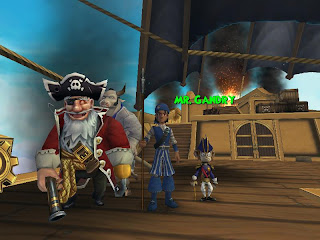 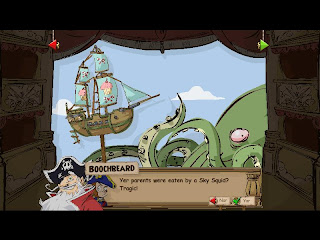 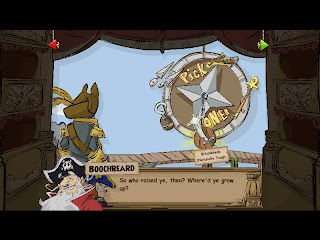 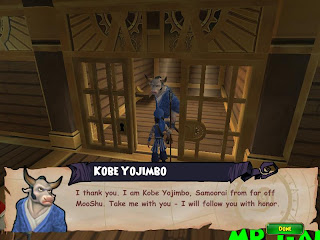 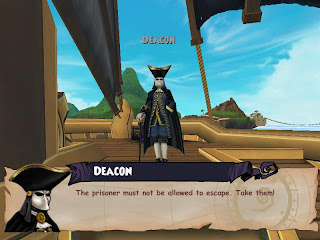 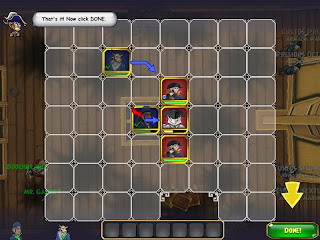 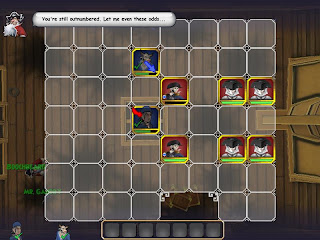 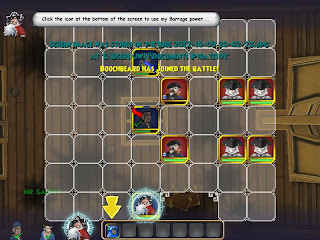 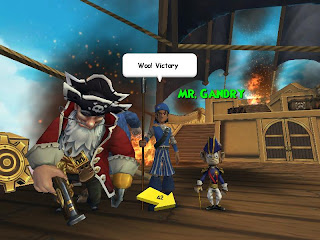 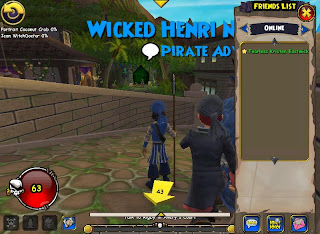 PumpKid #4 Revealed
"You are crazy, Young Pumpkin boy, You have to stay here, Don't get yourself killed" Simon said having no hope in me.
"If I don't find out who this guy is, Jared, Jack, 2 guards, Oscar & Bob is going to die!" I said trying to convince him,
"Its our duty to keep you safe and in this dorm" Lawson said pushing me down
"I am not letting this kidnapper fool ruin Halloween and take every single wizard or pet or even guard there is, I can defeat him or find out who he is but you need to give me a chance, I swear just one chance" I said
"Ambrose will be mad if we let you go" Simon said
"How? This person can get you two if I do not help! I want my friends back, We have 66 hours left! Thats like 3 days"
"Wow good math" Simon joked.
I have to do something to make them make me go, I thought in my mind while looking out the window, But all of a sudden, A person ran passed the window, In a Robe with a staff.
"I SAW HIM!" I cried pointing at the window
"Lawson, Go check" Simon demanded
"Yes sir" Lawson replied
What is he doing? Making one man go check, This is my chance to escape, I thought in my mind.
So while Simon was in my closet looking for somewhere to hide me, I walked slowly to the door, 2 steps left and Im out.
"Think  this is a good place to hide in Pumpkin guy?" Simon said still in the closet
"Pumpkin guy?" Simon said getting out
"Lawson! Lawson! He escaped!" Simon yelled
"Lawson? Lawson!" Simon said walking out.
Whole place was silent, Again the banshees and the ghosts went and was there was Simon & the kidnapper.
"What the? You? I thought you was gone! Get away, Your kidnapping is over!!!!! Wait no, No nooo!" Simon said
"Oh no Simon! He's gone, Need to head back and end this" I said hearing Simon voice echoed.
Nothing, The Banshees & the ghosts came back which means he's gone, So is Simon & Lawson. "Come out Chicken!" I said hoping he would come "C'mon, I am right here, Come and get me"
Nothing, Looks like he is gone, But I wouldn't stop to figure out who he is.
"I'll find out who you are and I will get my friends back!" I said.
Next morning I got up and headed to Ambrose's office, "Simon, Jared & Lawson are gone" I said to Ambrose
"Who?"
"Ugh, The three guards, The mysterious person took them, I saw him though and...."
"What does he look like?" Ambrose interrupted
"Black robe or cloths, I don't know and he had a staff" I best described him
"Hmm, Ok" Ambrose said, Rubbing his beard, Thinking
"Ugh" I said walking out
This place isn't going to be the same since Jack, Bob and Oscar is gone, No more joy to be, But I have to find out who is this kidnapper. 3 hours of researching a kidnapper in a black robe with a staff and nothing and it was getting dark so I just headed back to my Dorm, Might take awhile Library to Dorm but I am willing to do this. I can tell he's coming, It was getting all foggy and no banshee or ghost in sight
"Oh great you're here" I said
"48 hours, 48 hours"
"Let them go, You halloween freak" I said
"Yooooooou will neeeeeeeveeeeer see them ever again" He said
"PumpKid? What are you doing here?"
"What the? David?" I said
I been thinking wrong, For the whole time I thought it was David, But it wasn't
"Who are you talking too?" David asked
"No one, Come one we need to get out of here" I said pulling David
"What is going on?"
"It wasn't you, Sorry I blamed you, I thought you stole Oscar, I thought you kidnapped Jack, Bob and everyone else, I am sorry"
"I need to explain too" David said
"Ok, Lets talk when we are out of his sight, We'll head to the shopping district into the robe shop" I said
"I don't think I can run anymore" David said
"Just keep running!"

"Few more" I said
We made it into the shopping district, But not into the robe shop
"Just get into the Dye shop" David suggested
We made it into the Dye shop, Both breathing hard and huffing and puffing.
"Ok, What do you want to tell me?" I said sitting down
"I have a job now" David said
"And I help the gardener in Golem Court, With water and stuff and he pays me well, Thats how I got this, I just didn't want to tell you till Halloween" David said even though it was October 8th
"Oh, Sorry of accusing you for stealing and kidnapping" I apologized
"Its ok" David snickered
"This person who is kidnapping, Is wearing a black cloths/Robe and has a weird looking staff, Talks like a ghost and acts like one too" I said
"Did you said a weird looking staff?" David asked
"Yes"
"Oh no" David said getting up to the door, Looking out of it
"Who is this person?" I asked
"Lord NightShade"
"Him!?!?! I know where his lair is located! This is amazing, David you saved all of us" I said in excitement.
The whole dye shop was shaking and screaming from banshees and NightShade
"FOOOOOOOOOLS!!!!" Lord NightShade said
"We need to get out of here!" David said.
It was rocking back and fourth nonstop, "The door is right there, Let's go!" David said
"Right behind you" I said
We almost felt Nightshade pain & asarity by his anger & cries. As we got out of the dye shop safely, Nightshade was waiting for us.
"Foolish wizards this is the last time you'll see me!" Nightshade said getting closer swinging his staff
"Duck!" David yelled
Swoop, The staff with the bladed sharp end didn't hit us, But it hit my mask. Plump plump the pumpkin on my head feel off.
"P-p-p-pumpkid?" David said.
Luckily he didn't notice my face, I picked up the pumpkin so fast, I'm surprise my arm didn't fall off.
"Lets just go" I said trying to forget that moment
"Where are we going?"
"Into Darkcave, Hide, I know a great hiding spot" David said, Having all my trust and hope in him.
"Turn" David said with some sublimity
We reached our destination, No nightshade in sight, But we have to wait a few minutes or even hours to make sure, Even though we can see the sun is about ready to come up.
"Lets go, It been 37 minutes now" I said, Having no endurance
"Unless you want to be caught, I suggest another 30 minutes" David said
"Pumpkid, Your face?" David said
"Are you calling me ugly" I wondered
"No" David snickered
"Just forget about it" I said changing the subject
"This was officially the worst night I ever had, Only if Oscar was by my side" I said
It was the early start of October, I can't believe this happened. I imagine me decorating my dorm with intoxication, Seeing all the urging costumes that the wizards come up with. Me having the best costume of all wizards in wizardcity, Travel to Kroktopia  even though it had its  sweltering sand. But didn't picture me losing my best friends on the holiday I certainly loved. It officially been 2 hours we been here, Half of my body was asleep, Couldn't do much, But just moaned and yawn, But luckily that was the signal to David that meant, Its time to go.
"Alright, We waited enough, The sun is coming up, So we need to get to Nightshade's tower ASAP" David said,
"Finally" I said as I yawn and stretched.
We got out of our hiding spot tacitly and perfect
"Alright it's over there, Lights are on, That means he's not here" David whispered
"Doesn't that mean he's here?" I said confusingly
We ran up to his tower and cracked open the door.
"Bingo!" I said with with excitement
The first room was a mess. Mess up paintings, Paper everywhere, Broken items everywhere you step.
"Must be his bedroom" David joked
"Second floor" I suggested
We walked up the stairs and the down stairs, creek and the door opened
"He's here" I said as the lights turned off
"Get them quick!" I said
"Oscar, Oscar" I said picking him up, Holding him tightly
"There's Bob & Jack too" David said
"And the guards"
"Guys wake up" I said shaking them
"W-w-where are we?" Both Bob & Jack said
"In nightshade tower, Come on, He's here"
"Get up knights" David said to the 5 knights
"Jared, Simon & Lawson!" I said
"Hide somewhere" The knights suggested.
Creeeeeek, Creeeek, The stairs made as Lord nightshade made his way up.
"Hearing his hard breathing, It seems like he's tired." I said
"More like restless" David said
We was all in this gigantic mess, Nightshade seeking to find us and destroy us

Posted by The adventure of the spiral at 6:06 PM